A World War II comedy set in Poland complete with a play about Nazis, real invading Nazis, and actors in their Nazi costumes trying to get the real Nazis to think that they are Nazis, too. Funny movie. The acting troupe at the center of this movie is about to have their first performance of a play about Nazi Germany, despite some disputes amongst the actors. For example, "Heil myself," while deemed great for a laugh by the actor playing Hitler, is believed by the director to be un-Hilter-like. Unfortunately, the play is shut down, because the Polish war board is afraid the play will offend Hitler. When the Nazis invade, though, the costumes and sets of the canceled play come in handy in unexpected ways. 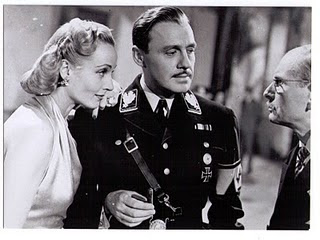 When the Nazis invade Poland, the acting troupe is in the middle of its own drama. It is performing Hamlet with husband and wife stars Maria and Joseph Tura (Carole Lombard and Jack Benny) in the lead roles. Maria has been recently introduced to a young aviator who has been to see all her shows. He's been sneaking back to her dressing room to talk with her every night when her husband goes into his "To be or not to be..." soliloquy. Joseph has noticed the audience getting up to let someone out, but has not yet put the pieces together. He just thinks he has experienced "What every actor dreads... Someone walked out on me." Joseph is spared from finding out about his wife's admirer by the announcement of war. The young aviator goes of to war... 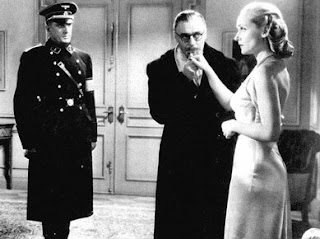 The real hilarity begins when the young aviator discovers that a German spy is on his way to Poland to give the names of important resistance leaders to the Gestapo. The aviator returns to Poland (by plane and parachute) and enlists the help of Maria in foiling the spy. With Joseph's permission of course:
Josef Tura: Wait a minute. I'll decide with whom my wife is going to have dinner and whom she's going to kill.
Maria Tura: Don't you realize Poland's at stake?
Lieutenant Sobinski: Have you no patriotism?
Josef Tura: Now listen, you... first you walk out on my soliloquy and then you walk into my slippers. And now you question my patriotism. I'm a good Pole and I love my country and I love my slippers.
Enter many mistaken identities and rescue attempts. One of the best scenes involves a dead man and a false beard. I would definitely see this movie again, but it's probably only a two star movie... But who cares. One star for Carole Lombard, who was a funny funny lady, one star for the false beard scene, and one more for being so quotable. Three stars! "You can't have your cake and shoot it too."
Posted by Jessica at 6:49 AM

Shades of The Producers

Oh boy, I never knew that there are others who made a review on this gem! I first watched this movie in our school's A/V club room for "Movie Classics Appreciation Night." It amazed and entertained us by opening our eyes to the world's history during that period!