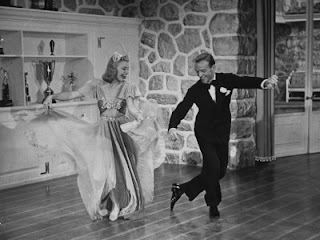 Watch this movie for the dancing. No matter the plot (which in this case is obnoxious but full of hilarity), Ginger Rogers and Fred Astaire are worth watching. Fred Astaire can dance anywhere and while doing anything...

In Carefree Stephen (Ralph Bellamy) is dumped by his fiance Amanda (Ginger Rogers) and enlists the help of his good psychiatrist friend Tony (Fred Astaire) to convince her that she really does want to get married. Amanda dislikes Tony almost immediately after hearing his tape recorded diagnosis that she is a silly thoughtless female. While she eventually does agree to meet with him for analysis and help, she first spends some hilarious scenes insulting him while wearing great hats. 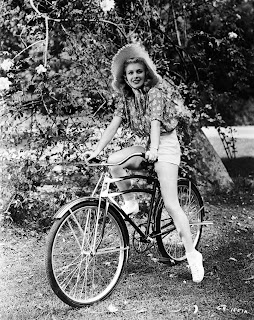 The fact that there is hypnosis involved in Amanda's treatments should be enough to draw even the non-dance lover to this movie. 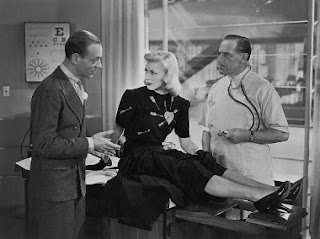 Needless to say, much hilarity ensues, and Stephen does not necessarily get the help that he is looking for. Oh Ralph Bellamy.  Were you limited to a career in which you play the dopey guy who is left for a suave hero?  I have seen only three of your movies, so I just don't know.  But Irene Dunne preferred Cary Grant, Rosalind Russell preferred Cary Grant, and now Ginger Rogers prefers Fred Astaire.  To be fair, The Dunne and Russell characters had both been previously married to their Grant character co-stars, and you were a transition back to their marriages.  But Ginger Roger's Amanda treated you so poorly.  Wait... I have just learned (imdb.com) that Ralph Bellamy won a Tony for his 1958 portrayal of FDR.  I feel a little better.

Two stars for golf dancing and hypnosis by dancing. I'm sure I will find other Rogers & Astaire movies to entertain me in the future. And now for more dancing... 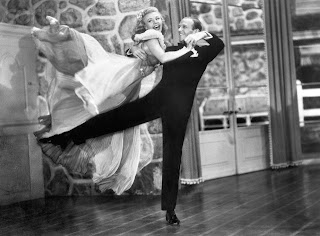 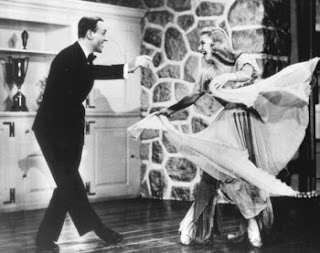